So.. I published step one of my booth upgrade last April with the intentions of moving on with step two the following week. That was about 5 months ago. Pathetic, I know.. but, hey! I've been busy; what can I say? But I do know how to stick with a topic, no matter how long it takes. So, without further ado...

When I started doing art shows in 2009, I needed a tent to use. After shopping around, I purchased one of the nicer EZ-Up tents. Not the kind with the colored top and the legs that sprawl outward from the top, but a white one with zippered walls that you can roll up and fasten at the top when you're not using them. I was so pleased with it. It even had an awning that stuck out above the front entrance.


Here's a photo of the tent in action, at my very first show. 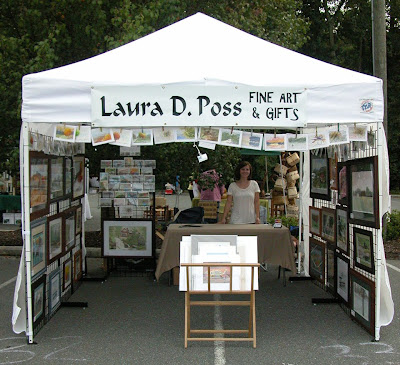 Not too shabby, eh? So it wasn't the best setup ever, but it was a start. And I continued to use that tent very happily for the next two years. The only real complaint I had about it was that the roof would puddle and sag when it rained very much, and it could cause the water to drip through. But this could be fixed by using some pool noodles to prop it up at the corners.

So why did I need a new tent? I found out last April. I was doing my first outdoor show of the year in Charlotte, NC, and there had been a storm overnight and through the early morning. We set up late because of the nasty weather. My husband, John, and I had just finished placing the last of the merchandise. Then, all of a sudden, a big gust of wind came along. The wind caught the underside of the EZ-Up's roof, and I saw one leg of the tent begin to lift up in the air. I immediately grabbed the leg and held it down to the ground. The gust of wind passed, but it was too late. The tent had knocked into my ProPanel display walls and sent them tumbling to the ground like dominoes. It was a horrific scene. Artwork and panels were lying everywhere, and matted prints and bookmarks were blowing down the sidewalk. Thankfully many of our neighbors came to help (Thank you, neighbors!!), and we were able to pack up and remove our things with very little damage. The Pro Panels are not very heavy, and covered in carpet, and they seemed to cushion the fall for the framed artwork, because none of the glass broke.

However, we did learn a lesson. We didn't trust our EZ-Up anymore. So for the rest of the weekend John researched all the choices available, and we decided to purchase a Trimline Canopy from Flourish. It is a superior canopy to any other that I have seen, and the company was so helpful. They knew we had another show that weekend, and shipped it out right away so that we had it before our next show. Apparently they get a lot of Monday morning calls from artists who have lost their display to bad weather and feeble tents, and are happy to be the ones to the rescue.


Here is a photo of the Trimline in action: 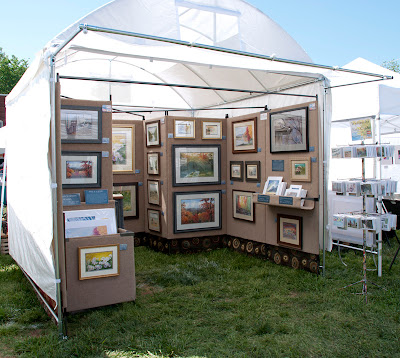 The new canopy does take a lot longer to set up. It comes in pieces that you assemble, rather than a pop-up sort of design, but that 's why it's so strong. It is also made of much thicker, stronger materials, has far better zippers, and the wind/heat vents on the gable ends are really helpful. Even the awning is far better. The old one would sag, especially in the rain, but not the Trimline awning! They have tons of optional accessories, too. We chose the frosty top and awning to let more light in, and added a stay-bar kit to help stabilize the legs. You can also order extra awnings for the sides and back, and lots of other great stuff. It's all on the Flourish website at www.flourish.com.

Questions? Comments? I want to hear them!!

And when you're through, would you mind stopping by my facebook page and "liking" it? www.facebook.com/lposs.art Gracias, Amigos! :D
Posted by Laura D. Poss at 5:59 PM 23 comments: 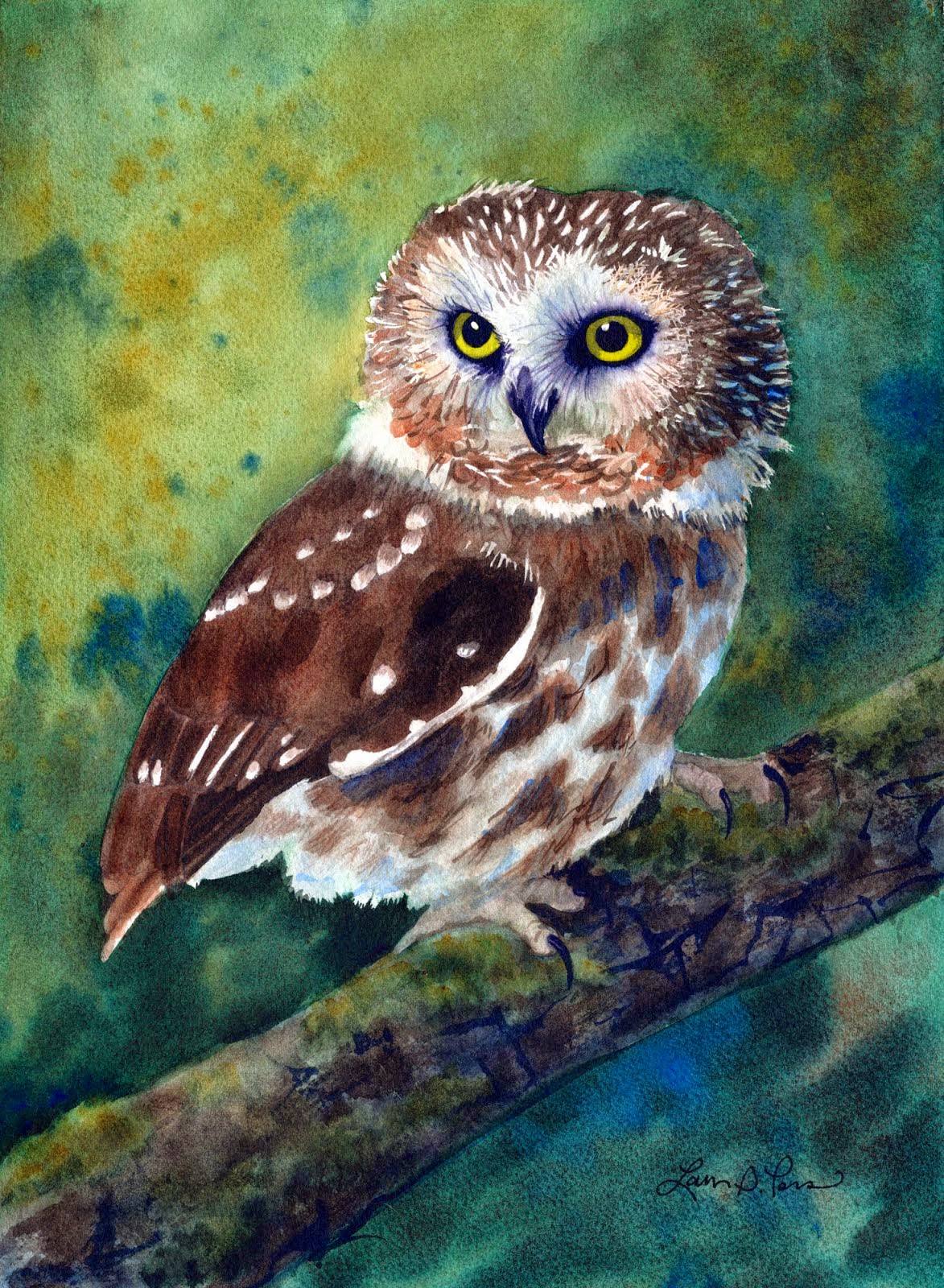 Laura D. Poss
Greensboro, North Carolina, United States
Hi, my name is Laura and I'm a watercolor artist from Greensboro, North Carolina specializing in watercolor landscapes, seascapes, cityscapes, and birds. I love all types of fine art and crafts, and I also love the outdoors. I try to bring these two things together with my watercolors. My art is on my website at http://www.lauraposs.com. This is my blog where I discuss anything related to art I think you might find interesting or helpful. Thanks for visiting; I hope you'll leave your comments!